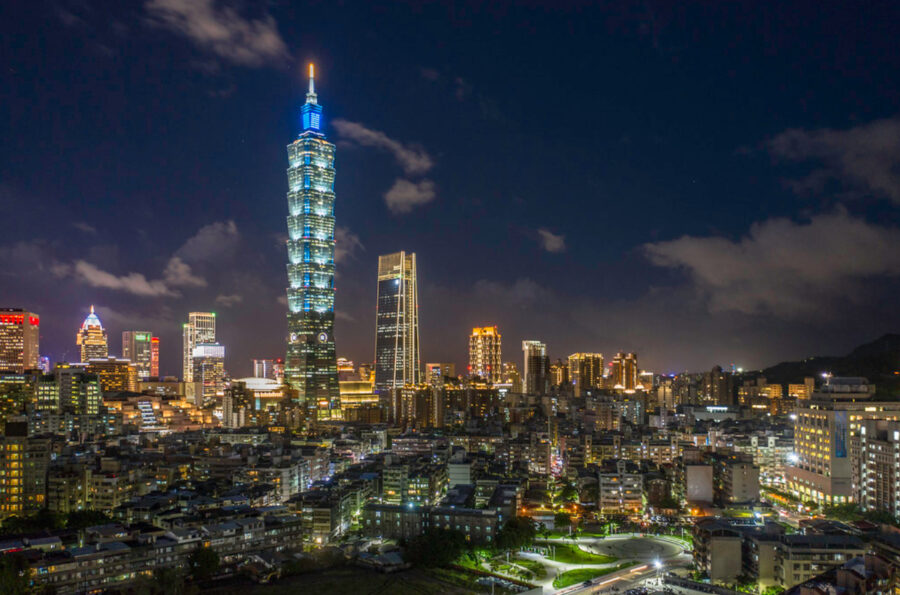 Taipei, the capital city of Taiwan, is home to over 2.646 million people. The island country has recently faced intimidation from its neighboring country China. (Kent Fan/CC BY-NC-SA 2.0)

Taipei, the capital city of Taiwan, is home to over 2.646 million people. The island country has recently faced intimidation from its neighboring country China. (Kent Fan/CC BY-NC-SA 2.0)

Amid the growing conflicts between China and Taiwan, President Joe Biden of the United States of America seeks to meet with President Xi Jinping of the People’s Republic of China in a virtual summit by the end of 2021.

“We don’t have details to share at this time, and we’ll be working through the details in the days ahead, but today was a productive step toward a meeting. This is part of our ongoing effort to responsibly manage the competition between our countries,” a Biden administration official commented in an article by The Hill.

This meeting is planned despite the United States’ allyship with Taiwan. Throughout the first week of October, the Chinese military sent over 150 aircrafts to fly over Taiwan in order to intimidate them. However, the United States and Canada both deployed warships to the Taiwan Strait in response to this, which upset Chinese officials.

“The United States and Canada colluded to provoke and stir up trouble … seriously jeopardising peace and stability of the Taiwan Strait,” the Chinese People’s Liberation Army’s Eastern Theatre Command said in a report by Reuters.

China’s officials have also blamed the United States for their military aid to Taiwan. In 2020, the United States sold over $5 billion in arms to Taiwan, and according to Bloomberg, Biden approved a $750 million arms sale for Taiwan in August.

Although the United States sent warships and sided with Taiwan, Biden and Xi reportedly formed a “Taiwan agreement” in which the details are mostly unknown. The Taiwanese government hoped that the United States would  continue defending them.

The United States enacted the Taiwan Relations Act in 1979, stating that it helps “maintain peace, security, and stability in the Western Pacific.” Statistics from the Arms Control Association show that up to 2010, over $25.39 billion in government arms deliveries have been sold to Taiwan.

Taiwan, also known as the Republic of China, became an independently governed state in 1949. Throughout the next decade, Taiwan suffered several crises, and their islands had been bombed. Due to the heavy protection, the People’s Republic of China halted the attacks.

Tensions only increased again in 2016 when Taiwanese President Tsai Ing-Wen was elected. In her inaugural address, she did not consider Taiwan as China and referred to it as an independent country.

“But the more we achieve, the greater the pressure we face from China. So I want to remind all my fellow citizens that we do not have the privilege of letting down our guard,” Tsai said at the Taiwan National Day celebrations in Taipei.

The Broadcaster • Copyright 2023 • FLEX WordPress Theme by SNO • Log in