DTSD September Athletes of the Month 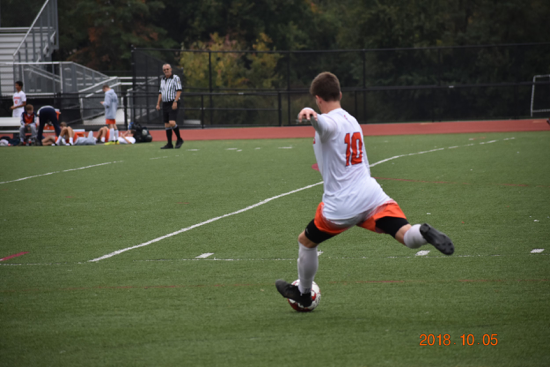 Number 10 on the field, King strikes a free kick near midfield. King says he excited for his soccer career to continue after high school. (Submitted by Heather King)

The Derry Township School District (DTSD) has acknowledged Hershey athletes who have excelled in their sport performances during the month of September.

The girls golf team was chosen as Hershey’s female athletes of the month.

In addition to the team’s achievements, many of Hershey’s girl golfers had notable individual accomplishments as well. Amanda Gerrish ended the season with the lowest scoring average in the Mid Penn. After joining many of her teammates at Mid Penn’s, Gerrish eventually placed fourth at the District III Championship, along with Abby Han placing fifth. The two qualified to compete at the East Regional Individual Championship where Gerrish also went on to compete at the PIAA State Individual Championship.

The girls’ success may be attributed to their undeniable team chemistry, “Our team dynamic is very strong and even more positive. We all get along very well and we have a ton of fun together. Whether we were on the course, in the van, or eating at our favorite Mexican restaurant, we always had a great time together,” Han said. 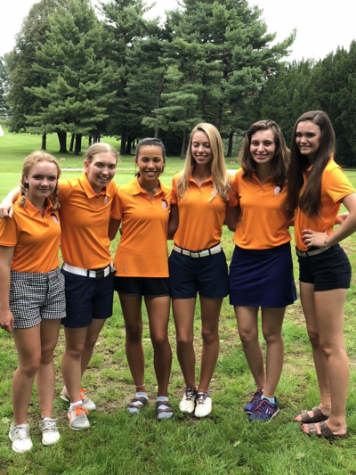 Senior Alexei King was nominated as the September 2018 male athlete of the month for his outstanding performance on the boys soccer team. King only joined HHS and the soccer team this year after moving to the area from Cumberland Valley, but he was still able to make an impact in Hershey athletics.

With 10 years of experience playing soccer, King is a vital component of Hershey’s center midfield during his final high school year. King’s skill made a clear impact when he scored a goal in the last minutes of Hershey’s league game against Central York.

This season, King’s goals include being a contender for the Mid Penn’s All-Star team and leading his team to make a run into states.

So far, the Hershey Boys Soccer team is advancing their season into the District Championship and even further, the state competition.

King plans on continuing his athletic and academic career at Misericordia University to major in exercise science. 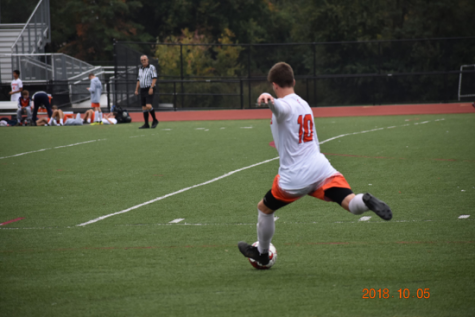 Number 10 on the field, King strikes a free kick near midfield. King says he excited for his soccer career to continue after high school. (Submitted by Heather King)