Newest addition to the royal family born on April 23 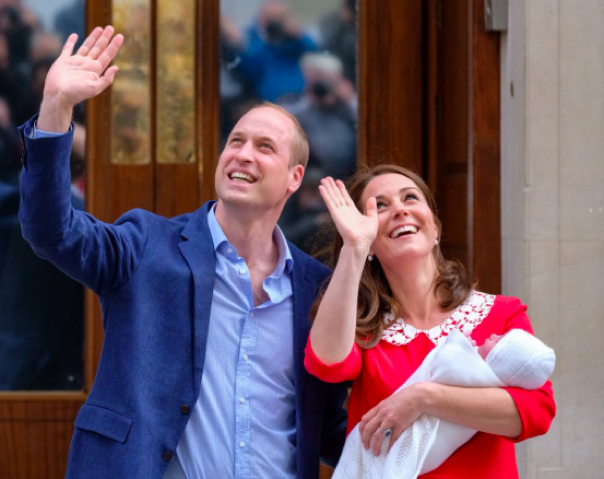 The Palace also welcomed the baby through Twitter, with a photo of William and Kate holding their baby a few hours after his birth. 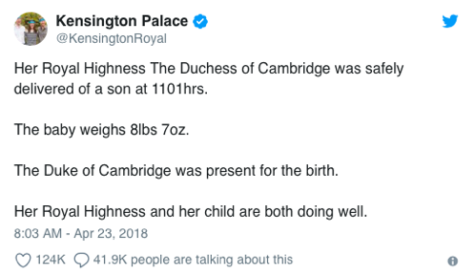 The Kensington Palace confirmed the birth of the baby boy on Twitter, assuring that both he and Kate are well .

Kate had her baby at the St. Mary’s Hospital in London, where she also gave birth to her other two children, 4 year old George and 2 year old Charlotte.

A few hours after the 11:01 AM (London time) birth, she introduced him on the step of the private Lindo Wing, as she did with her other two children, and as Princess Diana did with her children on the same step.

The newborn is fifth in line to the throne, after his grandfather Prince Charles, father William, and siblings Prince George and Princess Charlotte.

For now, the world is awaiting the announcement of the royal baby boy’s name.