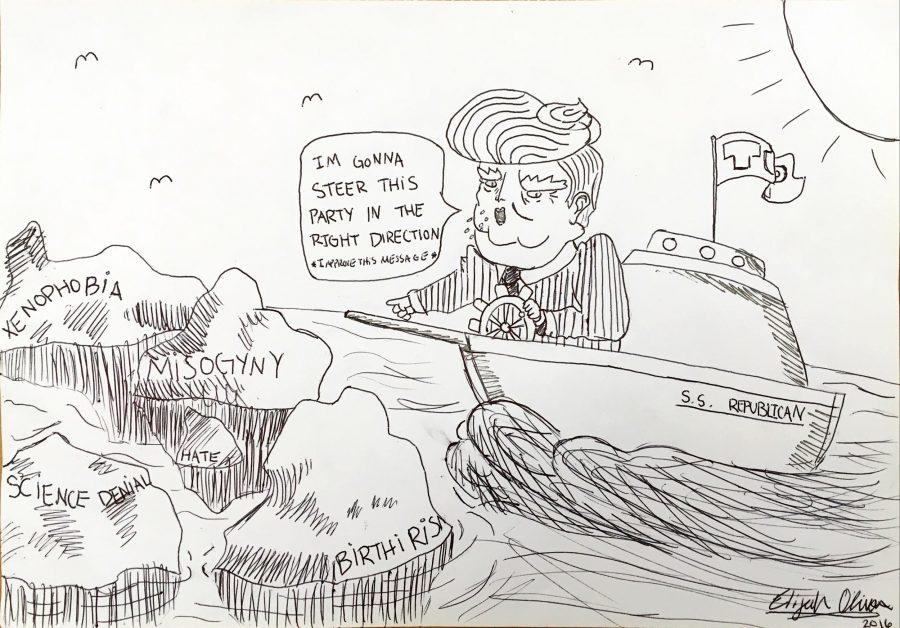 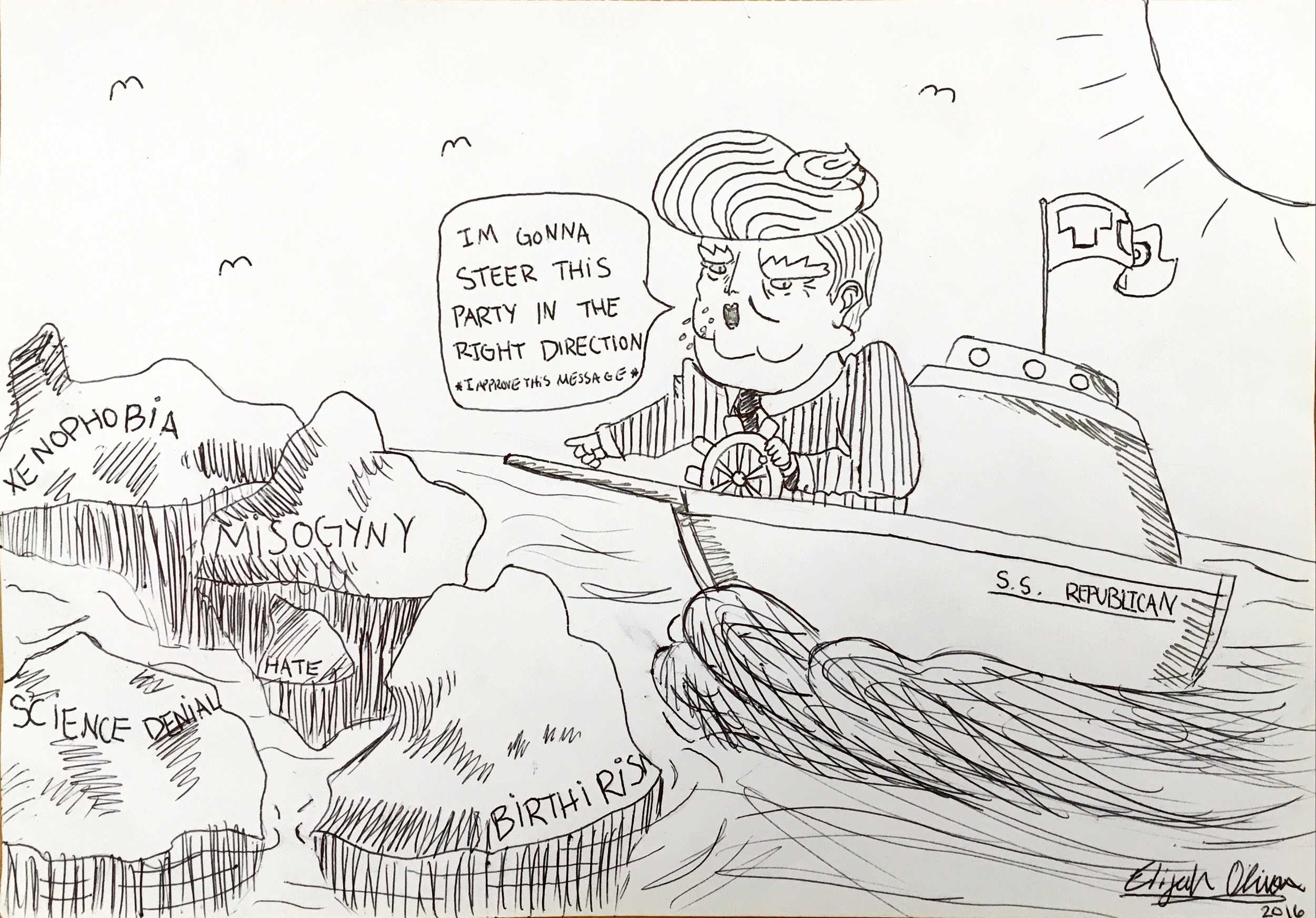 Today we present the first editorial cartoon of the online Broadcaster.  To be of any value to the readers, part of the purpose of a scholastic news organization is to shine a light on those in positions of power be they school board members, principals, or presidents.

An editorial is a piece of opinion writing published in a newspaper.  The editorial, if signed, reflects the opinion of the author and not necessarily that of the publication.

The French satirical magazine Charlie Hebdo was attacked by Islamic terrorists in January 2015, in part due to its publication of editorial cartoons about the prophet Mohammed.

Such is the power of an editorial cartoon.

Some will delight in this depiction.  Others will wish to castigate the artist and this publication.  In the end it is art with a point of view.