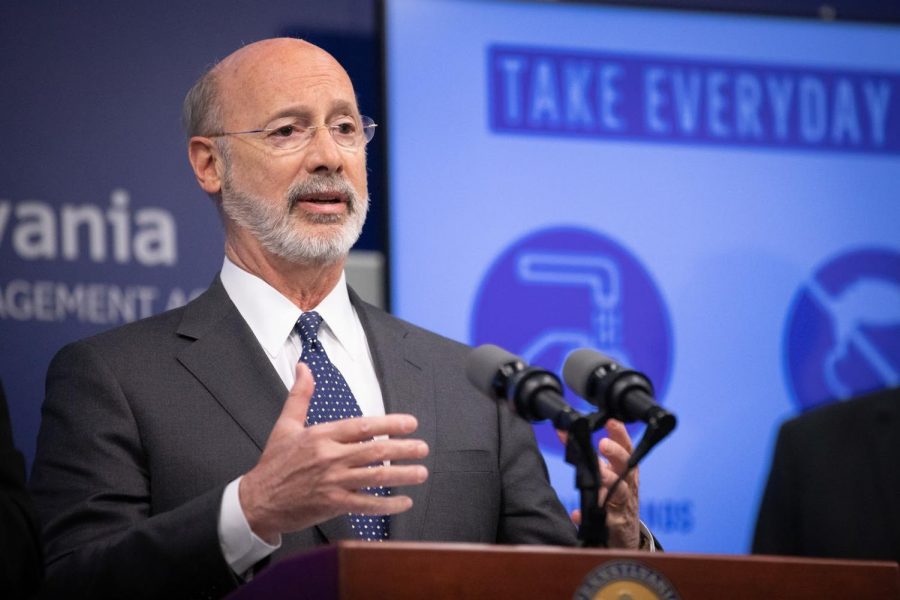 Pennsylvania Governor Wolf addresses the media on March 16, 2020. Wolf and Secretary of Health Levine are expected to release details for a statewide contact tracing program on May 1, 2020. (Governor Tom Wolf/CC BY 2.0)

Pennsylvania has become the eighth state in the U.S to exceed 1 million cases, according to The Morning Call. Recently, the state of Pa has added more than 3,600 Covid-19 cases on Thursday, March 25. March 25th marked the day of a two-week increase in infections since the pandemic started.

The CDC has shown reports that Pennsylvania ranks 42 out of the 50 states that have the most cases per 100,00 residents. Pennsylvania has 7,748 cases per 100,000 residents, which is 7.7% of the population that has been known to be affected by Covid-19. Governor Tom Wolf stated improvements from the states in the vaccinations that were delivered Thursday.

Wolf has claimed that the effort for school and child care employees to get vaccinated is going to be completed two weeks ahead of schedule. The Medical Assistance Managed Care Organizations has taken initiative to get people stuck home vaccinated if they don’t have access to a pharmacy or a clinic.

Numbers from Philadelphia and the state health departments show that almost 3.3 million Pennsylvanians have received 5.1 million vaccinations, according to The Morning Call article. That is 31.3 % of the age of 16-and-over population that is eligible. A total of 1.8 million residents have been fully immunized.