HHS Junior Caroline Corcoran on the Road to States 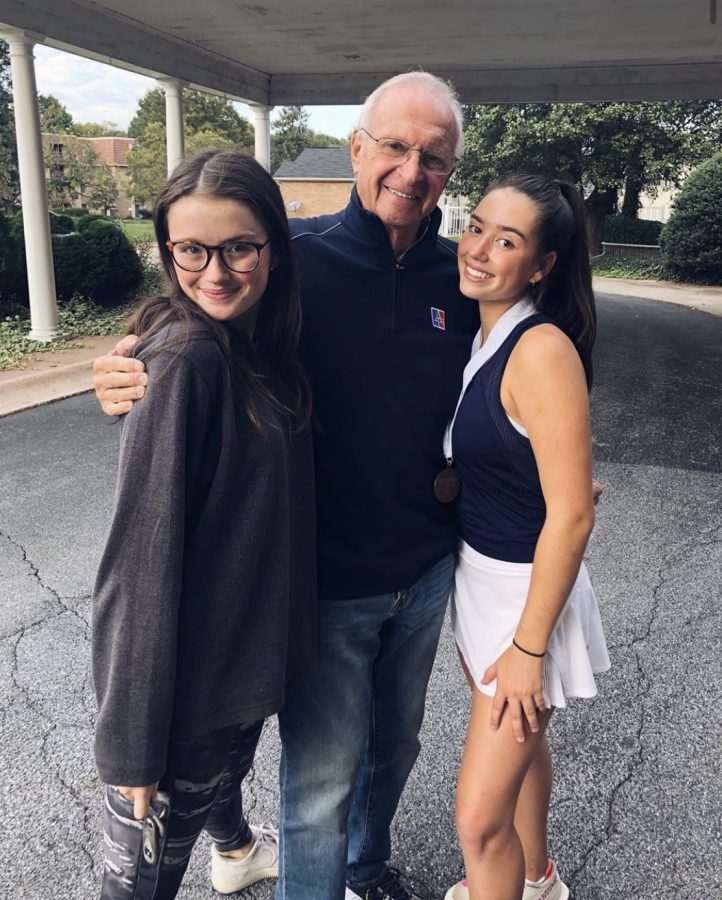 Caroline Corcoran poses for a picture with her family after winning her last game to qualify for states. Corcoran is currently the number one singles player for the Hershey Girls Tennis Team. (Submitted by Caroline Corcoran)

In her second year of being the Hershey Girls Tennis top singles player, junior Caroline Corcoran is now preparing for States after a successful season.

Corcoran uses her thirteen years of tennis experience to prepare for singles States. With family and friends as her support system, she plays to keep her #1 singles title.

Corcoran started playing tennis at age four, and it has been her passion ever since. As a freshman, she was part of the number one pair in doubles, and last year she earned first singles.

“My parents encouraged me to start playing at a very young age because they loved playing tennis themselves,” said Corcoran.

With so many years of experience, Corcoran has developed many skills and techniques as a player. Unlike most players, she is left-handed, which makes some new techniques more difficult to learn.

Since Corcoran has been playing for most of her life, tennis has become very important in her daily routine. She practices almost every day and is constantly working to improve or work on new skills.

“I can easily say that tennis has become a huge part of who I am throughout the years, and I can’t imagine playing anything else,” said Corcoran.

Last season was a big accomplishment for Corcoran, as she took the title of being #1 singles player for Hershey Girls Tennis, as a sophomore, following a successful season as a freshman.

Corcoran is not only a strong player, but a supportive teammate as well. She uses her experience to help her teammates, and works to build her relationships with everyone.

“She’s so supportive of everyone and is such an amazing player. She plays every game like it’s a battle she wants to win,” said teammate Ece Aydogan.

The Hershey Girls Tennis Team also recently qualified for States, which Corcoran is very excited about.

Corcoran is looking forward to states this year, and she wants to make her family and friends proud of her.

“Everyone’s love and support have helped me to become the player I am today. States will be a really fun experience, and I’m very excited for what it has in store for me,” said Corcoran.