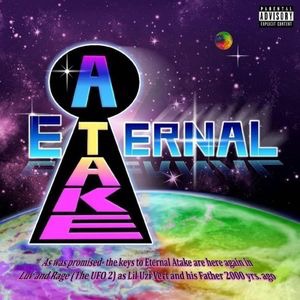 Lil Uzi Vert may not be quitting forever, but he is certainly frustrated with the industry. According to Page Six, Lil Uzi posted a video to social media saying he wants to release new music, but his label Atlantic Records will not allow him.

Uzi posted a message to his Instagram saying, “I wanna take the time out to say I thank each and every one of my supports, but I’m done with music, I deleted everything. I wanna be normal… I wanna wake up in 2013.”

The first thing that comes to mind for many fans is the release of his highly anticipated album Eternal Atake. Along with his label not allowing him to release new music, his new album cover caused controversy.

It was said to very closely resemble the infamous cult, Heaven’s Gate.

Founded in 1974, 39 members of Heaven’s Gate participated in mass suicide. They did this in order to reach the extraterrestrial spacecraft that followed Comet Hale-Bopp.

As reported by Genius, two survivors and current representatives of the cult are not happy with Uzi’s use of their logos.

“He is using and adapting our copyrights and trademarks without our permission and the infringement will be taken up with our attorneys. This is not fair use or parody, it is a direct and clear infringement,” the representatives said in a statement to Genius.

With the news of Uzi’s supposed retirement, fans have voiced their disappointment on the internet.

There has not been a public statement from Atlantic Records yet, as the news is very unexpected for the label.

While Eternal Atake may no longer be officially released, some fans ended up leaking songs on the popular music site SoundCloud.