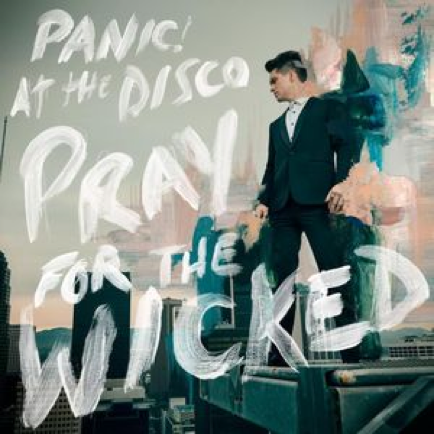 Panic! At The Disco’s new album is coming out on June 22. The band has previously released eight albums. (DCD2 Records)

With summer just starting up, it’s time for new music to add to your playlist.

Panic! At The Disco – Pray For The Wicked

Panic! At The Disco will be releasing their sixth studio album on June 22. So far, they’ve released two singles off the album. “Say Amen (Saturday Night)” was released on March 21, alongside its music video. “Silver Lining,” their second single off the album, was released the same day. The new album will have 11 songs and the band will be going on tour for the new album starting on July 21.

Troye Sivan will be releasing his second studio album on August 31. The first single “My My My!” and its music video was released on January 10. The second single off his album was “The Good Side,” which was released eight days later. The third single, “Bloom,” was released on May 2 along with a lyric video. Sivan announced the date while opening for Taylor Swift on her tour.

Christina Aguilera will be releasing her eighth studio album on June 15. The first single, “Accelerate” ft. Ty Dolla $ign and 2 Chainz, was released on May 3, along with its music video. The second single, “Fall In Line,” ft. Demi Lovato, was released on May 16, along with a lyric video. The new album will have 15 tracks and Aguilera will be going on tour starting September 25.