Maroon 5 Coming to Hershey This Summer 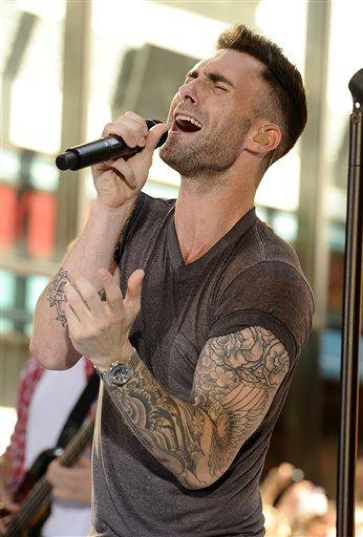 In this image released by NBC, singer Adam Levine, of the group Maroon 5, performs on the "Today" show in New York on Friday, Aug. 5, 2011. (AP Photo/NBC, Peter Kramer)

The Grammy award winning band, Maroon 5, is returning to the “Sweetest Place on Earth” this summer.

On Saturday, July 14th, at 7:00 PM, Maroon 5 will perform at Hersheypark Stadium as part of their Red Pill Blues tour. The group, consisting of Adam Levine and six other members, are set to perform their hit songs, such as “This Love,” “Harder to Breathe,” “Moves Like Jagger,” and “Payphone.”

This will be Maroon 5’s third time playing at the Hersheypark Stadium. They have previously appeared with Train in 2011 and again with Nick Jonas in 2015. Since their performance at Hershey, they have been nominated for Best Group at the Billboard Music Awards in 2016, and their song collaboration with Kendrick Lamar, named, “Don’t Wanna Know,” was nominated for Collaboration of the Year at the iHeartRadio Music Awards in 2018.