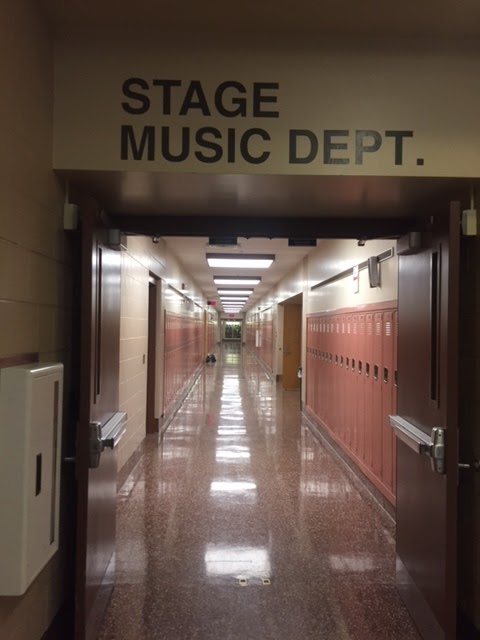 Loud instruments and heavy uniforms, their job is not easy as they paint a masterpiece of sound.

Hershey High School students know what the marching band is, but the band believes students don’t appreciate them. Marching band performers think they don’t get enough credit for their efforts. Non-marching band students also believe that the performers do not receive enough recognition.

HHS freshman Carrie Stevens is a member of marching band. She feels that they aren’t appreciated for their hard work. For example, she notices when people leave during their performances.

“I think by now we just accept [people leaving during their performance] which is pretty sad,” she said.

Although this is Steven’s first year in marching band, many marching band performers are some of her closest friends. She regards them as a second family to her. She looks up to the juniors and seniors and hopes to be drum major senior year.

Even though marching band is very important to Stevens, it doesn’t seem to be as popular among the student body.

Additionally, 80 percent of students in the survey said they witnessed others making fun of the marching band.

HHS junior Carey Redmond said she agrees with Stevens on the lack of recognition towards the marching band.

“They work very hard, and they are not acknowledged for what they do,” Redmond said.

Redmond said she believes that their hard work will pay off, and they will start to get more recognition as the season goes on.

Despite not being apart of any of the musical ensembles in HHS, Redmond said she can tell that they are all an extremely close family.

She said, “I know people make fun of [marching band], and I know that’s wrong, but they are very, very close to each other, which makes me happy.”

Band director Jonathan Pinkerton disagrees with both Stevens and Redmond. Pinkerton, a new member to HHS, whose second full year will be in January, believes they get a lot of recognition and are well received from the student body as a whole.

According to Pinkerton, the band kids are really great people. “I always say this, but I really think the music kids here are the best kids,” he said.

Pinkerton explained that he thinks the band and marching band are well received, but he said he can still tell when a freshman was really into it and then quits because it isn’t “cool”.

Pinkerton said, “What people really need to know is: who cares? Everyone likes doing the things that they do.”