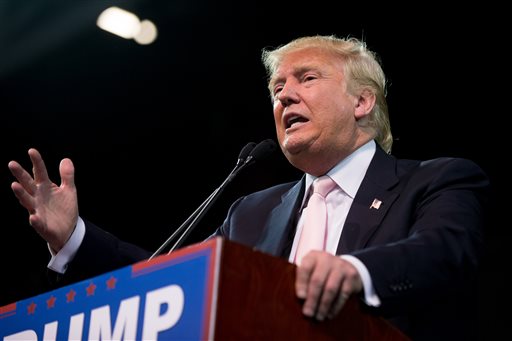 Lately, there has been too much misrepresentation of Muslims in the media. If it’s not Fox News reporting on some sort of imaginary conspiracy, it’s presidential candidate Donald Trump ranting on about how all Muslims should be put in internment camps.

What nobody seems to realize is that 93% of Muslims do not support any form of Islamic extremism and actually suffer a good deal because of it.

Because of the violent and hateful acts of a few groups of extremists, all Muslims are suffering from discrimination, threats of deportation, and even just plain bad treatment.

It seems as if Muslims don’t even have the right to be themselves anymore. Such was the case with 14 year old Ahmed Muhammad who was escorted out of school in handcuffs because of a clock.

Ahmed Muhammad decided that for his school science project he was going to build a clock. When a teacher heard the clock ticking in Muhammad’s backpack, he called the police. One policeman took one look at Muhammad, a Muslim boy, and said “That’s who I thought it was.”

It doesn’t take a genius to figure out what he meant by that particular remark. When I heard about that incident, the first thing that went through my mind was this would never have happened if the boy wasn’t Muslim.

This is not an isolated incident. There have been several cases where Muslims have been mistreated time and time again.

While it’s true that Muslims themselves have not done much to defend themselves to the public, it’s also true that they have been shown in a very bad light in the media.

Presidential candidate Donald Trump says that he wants to stop all Muslims from entering the country—even if those Muslims are already citizens of the United States merely returning from a trip abroad.

When Trump first started spouting his crackpot ideas, I thought to myself, who’ll actually buy this stuff? As it turns out, 32% of the American population does. This may not seem like that high of a number, but when you consider the effect that this 32% has on the rest of the population you may change your mind.

At this point, I think that it is important to mention that most of those Muslim immigrants that Trump and his supporters are so vehemently trying to keep out are coming to this country in the hopes of a better life—just like so many other immigrants before them.

There are things you can do to help people realize just how wrong Islamophobia truly is. Organize an interfaith event and ask your friends and family to come. Start petitions to allow Muslim immigrants into the country. One thing is for certain, Muslims are people too.