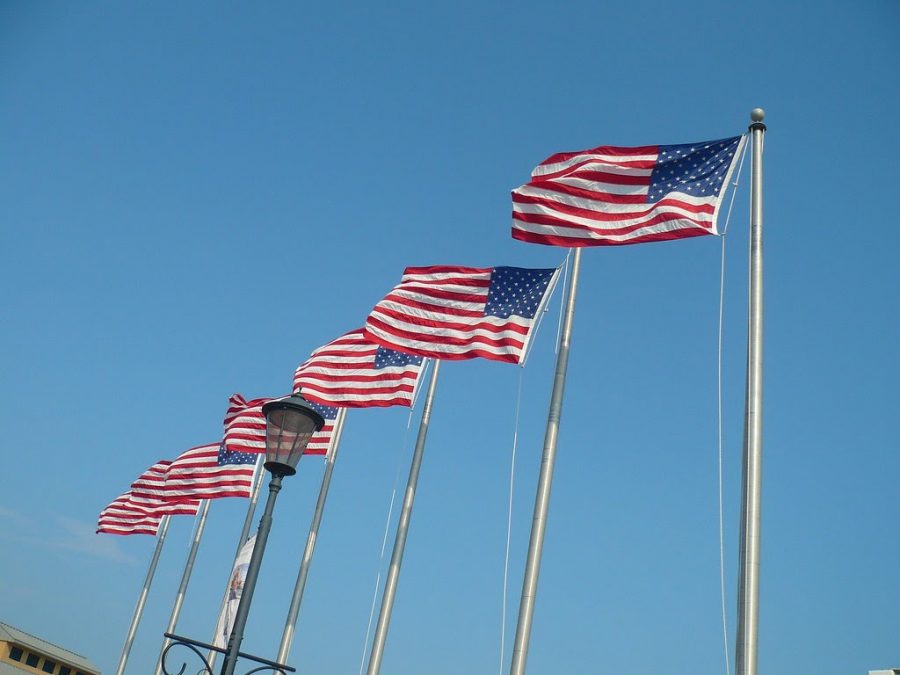 Flags stand in a row in the sunlight. Flag Day is celebrated on June 14 every year. (Creative Commons)

The lesser-known of the summer’s patriotic holidays, this day focuses on one key part of our nation: the flag.

Flag day was established in 1916 by President Woodrow Wilson as a day of honor on the anniversary the flag was accepted, according to the Encyclopedia Brittanica.

The flag, which was officially adopted by the United States on June 14, 1777, originally had a union jack in the corner but was changed to reflect independence from Britain. It then became the red, white, and blue stars and stripes that are familiar today.

While Woodrow Wilson declared Flag Day a national holiday, its first official observance was in 1885 and was proposed by Bernard Cigrand, a Wisconsin school teacher, according to an article from the History Channel. He advocated for it and spread the idea around the country.

There are rules to taking care of the American flag, called the Flag Code, according to the History Channel article. One part of it states that the flag should not be promoted on clothes or any kind of apparel. United States Flags also must be in sunlight or lit up. They cannot be defaced and must fly higher than any other flag on a flagpole.

There is also a specific way to fold an American flag. According to an article by the American Legion, it is a folded with great honor. Hold both corners of the shorter side and face each other. Lift the bottom half over the top half, and fold it once more so the stars are visible on the outside. Fold the flag in a triangle at the striped end and keep folding it over until only the stars are visible on top and it is in a small triangle. The flag is now properly folded.

The flag is a strong symbol of our nation and a comforting symbol for all citizens. Honor and celebrate it this summer on June 14!