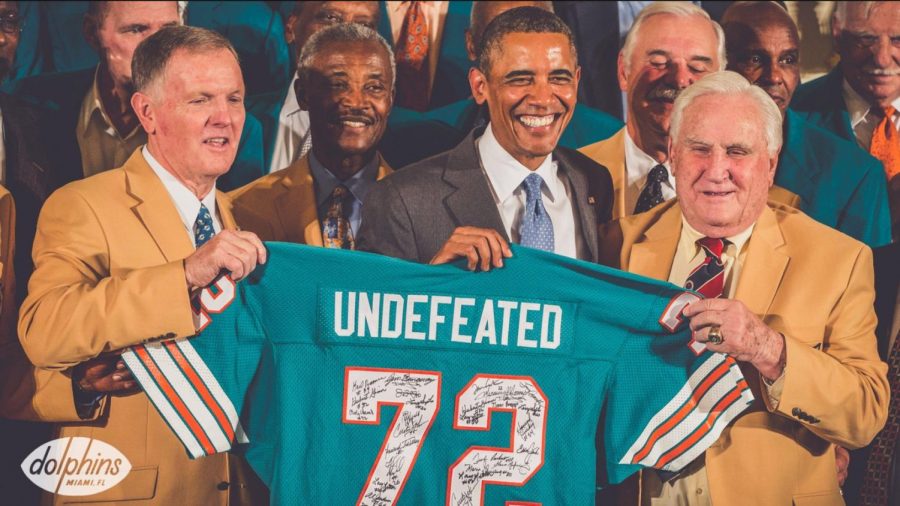 The Miami Dolphins legendary coach, Don Shula, passed away at the age of 90 on Monday May 4th.

His death was unrelated to the coronavirus pandemic and was rather just simply linked to old age.

Don Shula was truly a legend within the Miami Dolphins organization; when he was at the helm in the 70’s, the Dolphins were unstoppable. When the Dolphins were led under Coach Shula from 1970-1990, they racked up two Super Bowl Championships back to back. The first Super Bowl Championship came in the 1972 season, as the Dolphins beat the Washington Redskins to capture the Lombardi Trophy, and most impressively, they hadn’t lost a single game that entire season. Shula’s squad achieved a feat yet to be eclipsed, as they were the first and are still the only team to have an undefeated season. The Dolphins then defended their title the following year as well, as they went 12-2 and took the Lombardi Trophy in a win against the Minnesota Vikings in Super Bowl VIII.

Shula’s trophy case was packed full of championships and awards, as he coached in six Super Bowls during his career. His 347 career wins is still to this day first in all-time wins, as the Chicago Bears’ George Halas and the New England Patriots’ Bill Belichik are the only other members’ of the 300-win club. The legendary coach only had two losing seasons with the Miami Dolphins. In 1997 Shula was recognized for his remarkable accomplishments on the gridiron, and he was inducted into the Pro Football Hall of Fame that very year.

Shula played seven seasons in the NFL before transferring over to a head coaching rule. Shula played halfback at Harvey High School in Painesville, Ohio. He then went on to play college football at John Carroll University. His first coaching position was as a defensive coordinator for the Detroit Lions.

The Miami Dolphins honored the infamous coach long before his passing, as he is immortalized through a bronze statue outside of HardRock Stadium. The statue depicts Shula being carried off the field by two of his former players Nick Buoniconti and Al Jenkins after Super Bowl VII.

Shula’s youngest and oldest sons, Mike and Dave Shula, have continued their fathers legacy, as they both have coached in the NFL. Mike Shula played quarterback at the University of Alabama, and returned to coach his alma mater after brief coaching stints with the Miami Dolphins and Tampa Bay Buccaneers.

In lieu of flowers, the Dolphins Organization is accepting donations to The Don Shula Fund for Breast Cancer Research at Moffitt Center or Schott Communities in Cooper City benefitting Adult Special Needs.