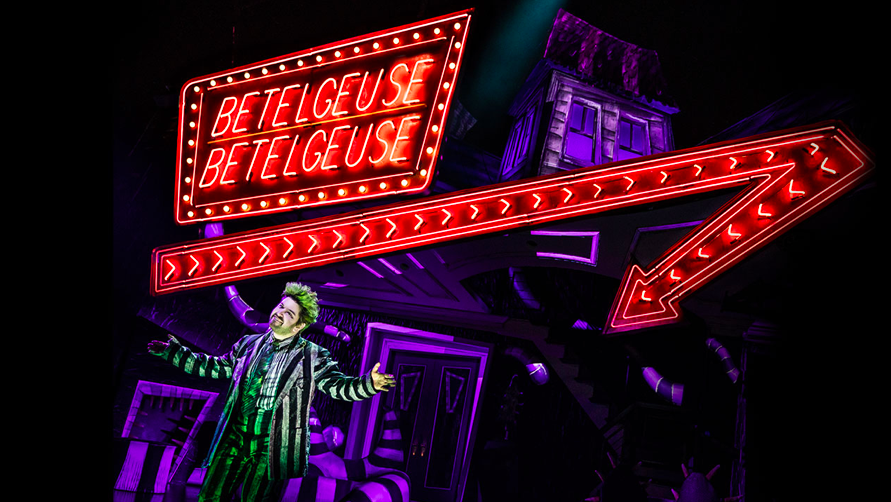 Alex Brightman portraying the role of Beetlejuice. The show has been running since April 2019. (Beetlejuice The Musical/Matthew Murphy)

The upcoming revival of The Music Man is coming to The Winter Garden Theater in New York City, but Beetlejuice will have to find a new home in the meantime.

The Tim Burton-inspired musical will play its final performance on June 6, 2020. According to Playbill, a national tour is expected to launch in 2021. Moving to another Broadway theatre is not off the table, but the show’s intricate set limit its options.

The recent announcement of the show being evicted has left many fans confused. Beetlejuice kicked off the holiday season by making $1,589,838, over 120 percent of its potential.

Beetlejuice the musical has been playing in The Winter Garden Theater since April 2019. The Music Man revival will have its first performance on October 19, 2020. The cast of the show will include Hugh Jackman and Sutton Foster as the leads.

Tickets to the show are available here.

Final block of tickets is on sale through June 6 only, and we’ll be having fun until our very last Day-o at the Winter Garden Theatre!

Beetlejuice The Musical announced its move in an Instagram video. The last day for the show will be June 6, 2020. (Winter Garden Theatre)